Disclaimer: all code snippets bellow are working only with Docker 1.13+

Docker 1.13 simplifies deployment of composed application to a swarm (mode) cluster. And you can do it without creating a new dab (Distribution Application Bundle) file, but just using familiar and well-known docker-compose.yml syntax (with some additions) and --compose-file option. 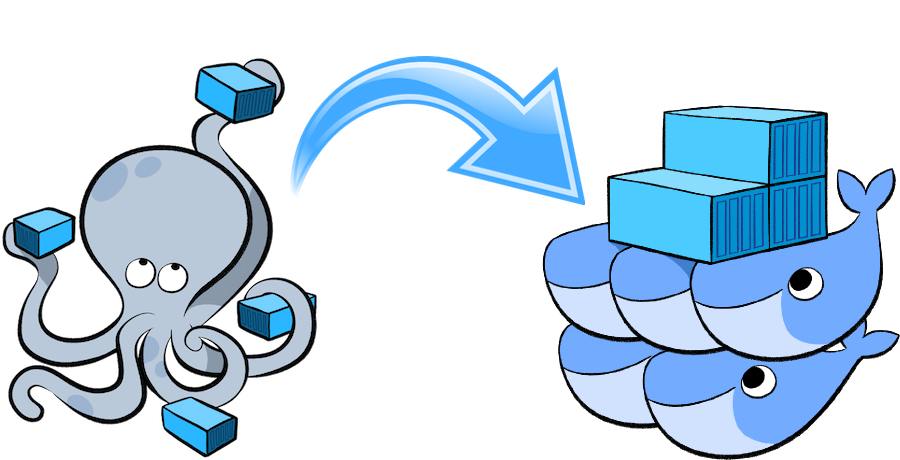 If you want to run a swarm cluster on a developer’s machine, there are several options.

The first option and most widely known, is to use a docker-machine tool with some virtual driver (Virtualbox, Parallels or other).

The script initialize docker engine as a swarm master, then starts 3 new docker-in-docker containers and join them to the swarm cluster as worker nodes. All worker nodes run with --registry-mirror option.

The Docker compose is a tool (and deployment specification format) for defining and running composed multi-container Docker applications. Before Docker 1.12, you could use docker-compose tool to deploy such applications to a swarm cluster. With 1.12 release, it’s not possible anymore: docker-compose can deploy your application only on single Docker host.

In order to deploy it to a swarm cluster, you need to create a special deployment specification file (also knows as Distribution Application Bundle) in dab format (see more here).

The way to create this file, is to run the docker-compose bundle command. The output of this command is a JSON file, that describes multi-container composed application with Docker images referenced by @sha256 instead of tags. Currently dab file format does not support multiple settings from docker-compose.yml and does not allow to use supported options from docker service create command.

Such a pity story: the dab bundle format looks promising, but currently is totally useless (at least in Docker 1.12).

With Docker 1.13, the “new” way to deploy a multi-container composed application is to use docker-compose.yml again (hurrah!). Kudos to Docker team!

The most visible change is around swarm ***service deployment. Now you can specify all options supported by docker service create/update commands:

Run the docker deploy --compose-file docker-compose.yml command to deploy my version of “Cats vs. Dogs” application on a swarm cluster.

Hope you find this post useful. I look forward to your comments and any questions you have.